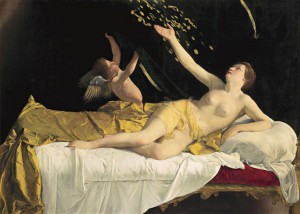 The Old Master week in New York (link>>) is coming to the end with a “golden shower”.

And if Freud had not already done his part, and if the two-way was not enough explicit, we will clarify it better: it is just a matter of sex. Urophilia, pissing, specifically. Author, source, quality, period, subject and again preservation, underdrawing, expertise do not even come near to that blessed noumenon, they lap the sense of the value of a work, but they are far from defining its price. At the Sotheby’s Old Masters Department in New York they have finally endorsed the Deming’s lesson which states that “all models are wrong, but some are useful”. And how could it be otherwise with such cool neighbors as those of the Department of Contemporary Art? It has been like the classic b-movie teenage comedies: the bit resigned and four-eyes girl (but we can basically see that she is anything but ugly) became aware of herself, dissolved hair, worn contact lenses and concluded the prom with the most handsome guy of the school. Because, let’s be clear: in order not to see the potential of the girl, you had to be blind. But persuade her to abandon the reassuring safety of her nerd armor was anything but easy. The estimates and the hype around the Danae, even prior to the monster sale of yesterday, were all about this. It took courage to ask for that figure, not because the work was not convincing (remember the story of the girl?), but because the risk would have been to be laughed at by the whole school if the quarterback hadn’t accepted the prom invitation (oops, I fall back in the metaphor).

The loser’s trophy now goes straight to those who still hesitate: “we are far from the maximum values ​​of a Warhol or Rothko”, leaving a (perhaps sad) truth: Orazio Gentileschi, when not totally unknown, the general public describes him as “the father of Artemisia,” as to deny him his dignity. One might ask: what if it was Guido Reni? And if, let allow us the hypothetical impossible, it was Caravaggio? What would have been his estimation, and his sale price? In this perverse game, Raffaello can come to rescue, sold just the night before the Danae: a “stamp”, certainly not one of his best works, just over ten cm and maybe even a little “suffering”, sold for 3.25 Mln. Madness? No, Mister, his name is Raffaello. A work and its value go well beyond the strict logic of an objective evaluation to draw from the emotions and instinct of the potential buyer. Who is dealing with the contemporary art has clearly understood this concept. On those strings we must continue to work in order to boost the image of the little humble-looking girl that concluded her high school prom with a big-bang. Otherwise, her experiences with sex, with golden shower, are likely to remain an isolated case.