Home » Uncategorized » “GALLEONS AND SAILING SHIPS. MYTHS OF THE SEA” 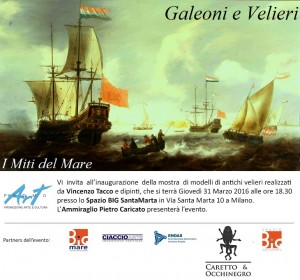 This particular painting genre had great luck in Holland during the seventeenth century and was brought to levels of excellence by authors such as Jacob Bellevois and Willem van de Velde.